The Grievance Arbitration Process in Canada

The grievance arbitration process is central to the overall relationship between management and unions in Canada. This arbitration process provides the framework for regulating grievances and disputes in the workplace where a collective bargaining agreement is in place.

Section 57 (1) of the Canada Labour Code makes provision for final dispute settlement without stoppage of work.

An important feature of Canadian labour law is the restriction placed on strike action (and lock-outs) while a collective agreement is in force.

"Every collective agreement shall contain a provision for final settlement without stoppage of work, by arbitration or otherwise, of all differences between the parties to or employees bound by the collective agreement, concerning its interpretation, application, administration or alleged contravention."

So how are grievances handled while there is a restriction on strikes and lock-outs?

Since federal and provincial labour laws prohibit strikes and lockouts during the duration of the collective bargaining agreement, this arbitration process has become the avenue through which any contractual grievances, that may occur during the term of the collective agreement without any work stoppage, are dealt with.

As a result, this arbitration process plays a very important regulatory role in the overall union-management relationship.

Definition of A Grievance

A grievance is "an allegation, usually by an individual (employee), but sometimes by the union or management, of misinterpretation or misapplication of a collective bargaining agreement or of traditional work practices." (Doherty 1989)

Since the collective agreement is basically an employment contract between the employer and a group of employees, a grievance can be viewed as an allegation that a breach of contract has occurred.

However, instead of suing for breach of contract in the civil court (with its delays and high costs), the alternative and speedier grievance arbitration process is used to resolve disputes involving the interpretation, meaning, or application of the terms of the existing collective agreement. 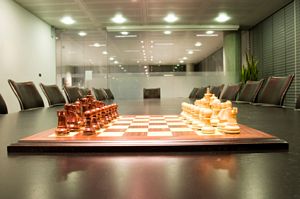 Origins of the Grievance Arbitration

This arbitration process was originally intended to be "an equitable, inexpensive, and expeditious solution to the problem of contract disputes between union and management". (Gunderson and Ponak, page 256)

However, over time, due to the increased volume of reported grievances, the process has become too slow, too expensive and too legalistic in nature.

As a result of these criticisms, and to overcome these drawbacks, the conventional grievance arbitration system has been modified to include alternative and more innovative systems, such as expedited arbitration and grievance mediation, to help resolve workplace grievances disputes.